Whilst it is hard to leave the beach, pool, sunbed or balcony behind and put on some clothes, you won’t want to miss the wonderful things that are going on in the local area.

It’s a little known area of Spain as far as Brits are concerned, but it shouldn’t be as it’s incredibly vibrant, steeped in history, with stunning landscapes, up-market and cosmopolitan towns and plenty to see and do, all year round. 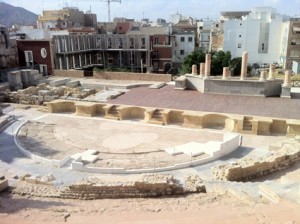 The ancient Roman Theatre in Cartagena

This amazing place is only 15 minutes drive from El Portús and offers a huge variety of experiences – historical, architectural, marine, festivals, dining, shopping, markets and more.

A walled city with its roots in Pre-Roman times, it’s a major Spanish naval port and the home of the submarine.

Historical sites include Punic ramparts, built when Cartagena was created as Qart-Hardast by invaders (including Hannibal of Elephant/Alps fame) from what we now know as Tunisia, the impressive Roman Theatre and museum, recently restored Roman forum and temple remains at La Molinete, “Fuerte de Navidad” – Christmas Fort , ARQUA – the national museum of marine archeology, Torres Park with the Castillo de la Concepcion castle, fabulous views and panoramic lift, the Military Museum, a museum dedicated to the Spanish Civil War in the actual shelters used, and much, much more.

All in all, it’s a wonderfully cosmopolitan place with super restaurants and great shopping. 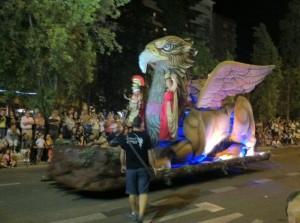 …and it doesn’t matter what time of year you visit El Portús, there’s probably a festival going on…

September – Carthaginians and Romans (Cartagineses y Romanos) festival – Phoenicians, Greeks, Punics, Romans, Arabs and Byzantines all left their mark on Cartagena. Here’s a spectacular 10 day-long celebration of that past that ends with an incredible parade with wave upon wave of march pasts of groups dressed in ancient costumes that would not be out of place in a Hollywood blockbuster with dancers, musicians, drummers and street performers. Stunning. 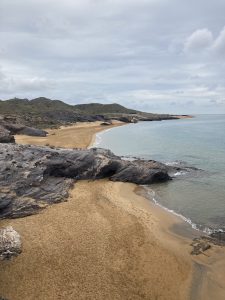 Calblanque national park (pictured) – a rugged nature reserve with on the coast with Naturist beaches.